A Step In Time

Her agent assures her that winning a glitzy dancing TV competition will put Amy back on top. But Amy has two left feet, and her hot dance partner Patrick seems to think that she’s behaving like a superficial spoiled brat (also totally justified).

At rock bottom, Amy is now living in a rented room when she encounters her upstairs neighbour, an elegant older lady with a mysterious, tragic air who knows more than a thing or two about the foxtrot.

But it’ll take more than a couple of dance lessons to get Amy back on the leaderboard and ready to cha cha cha her way to glitterball glory!

What readers are saying about A Step in Time

‘It’s all set against the backdrop of Strictly Stars Dancing, adding an extra element of glitz and glamour to the proceedings. This is a great book that I devoured in two sittings and it’sabsolutely perfect for summer holidays or wintry days snuggled on the sofa.’ – Bab’s Bookshelf

‘This was a really enjoyable, funny read… I recommend this book to fans of Strictly, and also to anyone who wants a feel good story with so much more depth to it than some I have read.’ – Fiona’s Book Reviews

‘A great book to curl up with whilst you try to guess who is going to win the dance competition.’ – Kim (Goodreads)

Part-time witch, full-time glamorous high-flyer Esme Mcleod rubs shoulders with celebrities for a living, has a sort-of-boyfriend …and just enough magic in her fingertips to solve life’s little irritations; why shouldn’t she cast a little spell to catch the busy barman’s attention, or to summon a latte to aid her all-nighters?

Called back to her small Scottish home town and meddling family, stiletto-clad Esme is way out of her comfort zone… But Esme must embrace her abilities as a witch, or watch her family lose their beloved café.

Except Esme has never claimed to be a whizz at witchcraft, and her charms are starting to go awry – she certainly never meant to cast a love spell on her ex-boyfriend Jamie! It’s time for urgent lessons in magic as well as love – it seems there’s only so much that muttering a few words over cupcake batter will fix…

I Put A Spell On You 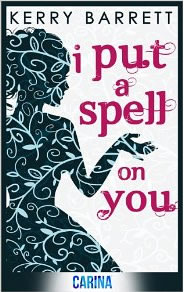 For Harmony McLeod – Harry, for short – life is going swimmingly in Edinburgh. Her exclusive spa, specialising in ‘spiritual counselling’ alongside massages and yoga (read: solving clients’ problems with a little bit of harmless witchcraft) is flourishing… Until she discovers one of her employees dead. 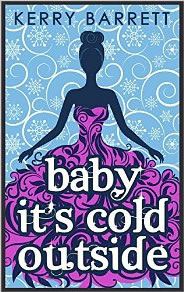 But when an avalanche seals off their gorgeous mountain hometown from the outside world, their dream day starts to look more like a nightmare. Especially when Jamie’s ex turns up on their doorstep with a surprise neither of them expected!

Whilst Esme’s magical powers can solve a lot of problems, it’s starting to look like their big day is doomed! Is Esme and Jamie’s wedding simply not meant to be, or can they still make it down the aisle, against all the odds?

I’ll Be There For You 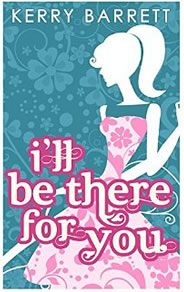 Harry (short for Harmony) McLeod never thought motherhood would be for her. But now that she and wife Louise have adopted twins Finlay and Fiona, she can’t imagine life without her gorgeous little family. But just as the toddlers start to discover their own witching abilities – quite handy when they want to summon toys with just a wiggle of their fingers! – Harry’s own powers seem to have vanished.

With her abilities gone and Louise working all hours, Harry’s perfect world is starting to unravel. She knows she needs to rediscover her happiness to get her powers back, but with local charmer (and witch) Richard trying to steal her spa business from under her feet, how can she fight back?

I write women’s fiction set both in the present day and in the past. I’ve written stories about all sorts of exciting women from history including Suffragettes, smugglers, pilots, artists and dancers.

I’ve also written two novels in association with Emmerdale, set in the village from the TV soap during WW2, and one in collaboration with Kew Gardens, with the second coming early next year.